I take the opportunity of a recent trip to Lisbon to report on the RE market conditions there.

Portugal is exceptionally situated on the northern hemisphere at the extreme west of the largest landmass. The climate is better or similar to southern California, the city is arguably more beautiful than London or anything in the US, and compares well with Rome or Paris.

Regarding real estate buildings, much of the historical Lisbon was destroyed by a magnitude 8.5-9 earthquake in 1755. The city was rebuilt after that. Buildings from 18th and 19th century are the best in town.

What I saw when visiting Lisbon is that the city vibe is exceptionally lively.

Lisbon was asleep for many decades because landlords had deferred maintenance due to the effect of rent control. Lisbon had such strong pro-tenant laws that some landlords had to write off their building. The situation has changed somehow now, allowing the redevelopment of the beautiful historical buildings. 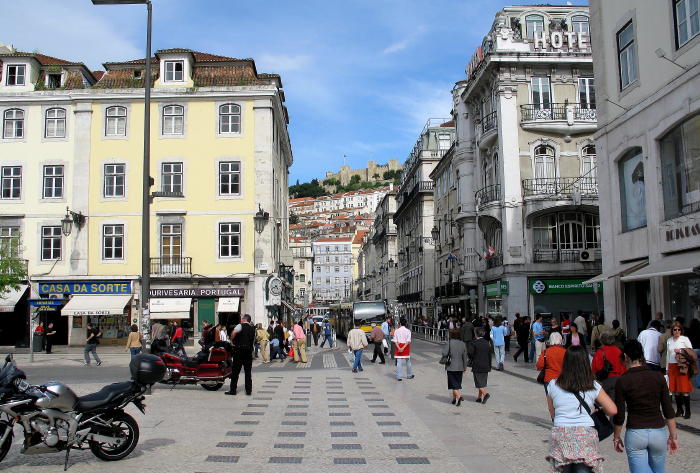 Three years ago, one of my colleagues told me that he financed the renovation of one such building. Redoing a building entirely would require 2m of cash, and the building would then be sold in 500k units to golden visa seekers for 4m. That colleague told me that Lisbon had not so many buildings to renovate and this gold rush would soon stop.

And yet, I saw two grand but dilapidated stone buildings within 20 minutes walk of the center that are still in dormant state. Their massive oak doors bound by chains to close off the property.

In order to complete the picture and step away from anecdotal stories, some background can be obtained on Global Property Guide. Highlights are:

Besides this, the GDP of Portugal is growing by only 2% on good years and was very much affected by the financial crisis: -4% in 2008 and -4 during the European 2011 crisis.

While the climate is wonderful and the city is on the same time zone as London, buying in Lisbon given the legal risk and tepid economic growth appears to be yet another of these fine lifestyle choice.