Zillow Research has published its latest quarterly report on the US market.

Rents are less volatile and increased lower in the past 20 years. This is because a low yield environment has made a temporary decoupling between rent variation and price variation possible. 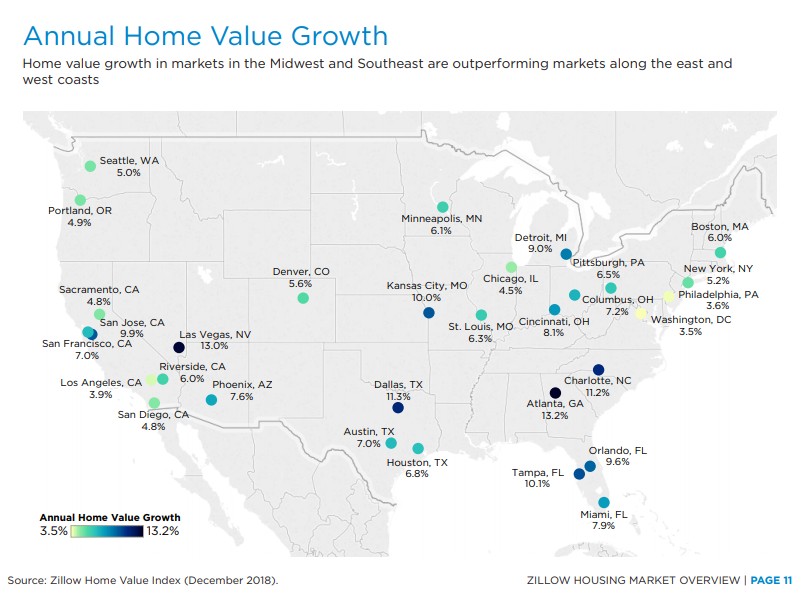 This is a lame year for price appreciation. The lower-priced property are catching up.

I take the better affordability of buying comparatively to rent to be indicative of:

We are witnessing a gentrification endgame.

This is what typically happens last in an appreciating market, so it appears that we are approaching the end of the bull.