Hong Kong: a glimpse at an unaffordable market

The Hong Kong Dollar is pegged to the US dollar, so I'll give numbers in the latter currency. With an average after tax disposable income of $2700 and an average price per square feet of $2180 (source numbeo), a Hong Konger earning the average salary would afford to buy 5sqf of real estate per year if he were to spend 30% of his income on real estate. Each 100 square feet of flat cost 20 years of savings for the average Hong Kongese. 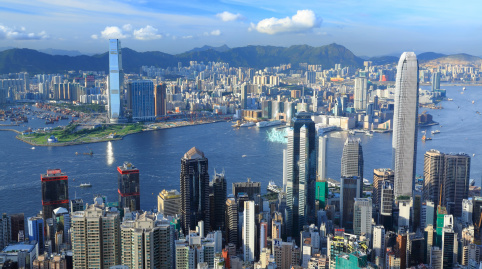 The government introduced a series a measure to cool down the property market from 2010. As the property prices increased sharply after 2009.

The first 2 measures did not cool down the market. LTV as low as 50% prevented buyers from leveraging themselves, but mainland chinese and other buyers who would buy properties to park their cash continue to buy. The last measure did result in less foreign buying, and much lower transaction volume.

After this last measure was implemented in 2012, mailboxes in Hong Kong started to fill with offers for property developments in London.

In February 2016, a 5 bedroom single family home home at the peak that was expected to become a billion HKD sale (USD130 millions) sold well below expectations for 25% less, at USD11,000. per square foot.

Few people can afford a single family home in Hong Kong, luxury developpers are also building duplexes and townhomes. A luxury duplex, the Lasalle Villa, had its sales prices slashed by 10% to USD5,800 per square foot.

Another duplex development in Kowloon Tong, is still priced from 10% to 30% over this price. Chinachem, the developper, was quoted in April in the press insisting on a firm price: "We will not lower the prices even though property prices are dropping. We will not adjust to market conditions. These are premium lots and high-quality units."