As I mentioned here the US was in a bull market when the covid crisis hit. In the coming month, the federal reserve action will contribute to lower mortgage rates. If rates get down to a similar level as in Europe and Japan, we will see further appreciation. Real-estate even more than stocks is a safe-haven when governments print money, and the crisis may lead to further appreciation.

How high could it go? I was checking the numbers today, a lowering of mortgage rates to 1% would mean that houses renting for $1200 would have an equivalent mortgage payment for a 250k house. As housing gets less affordable in the US, it is useful to do international comparisons.

I came across a french real estate management coach Olivier Seban. He purchased S8 rentals in Florida in 2014, buying at 150k, renting for $1600, but he decided to sell in spring 2018. After that, he decided to reinvest in Dubai. As his investment in Florida made sense, I wanted to check out Dubai.

To gauge affordability, I checked Dubai rental yields. I see gross rental yields are below 10% for International City studios, and just below 4% for high-end luxury condos. The yield is, therefore, higher than most places in the world but comparable to other places in the US. On paper, it is not clear to me why Olivier sold Florida to buy Dubai.

Dubai is a magnet for all kinds of entrepreneurs and mavericks coming from less liberal countries. As a country, it is more liberal and respects the rule of law and property rights more than its neighbors.

Similar to Miami, Hong Kong, and Singapore, Dubai is a city where dumb money from failing countries in the region is being invested into luxury developments by nouveaux riches who care more about capital preservation than about yield. 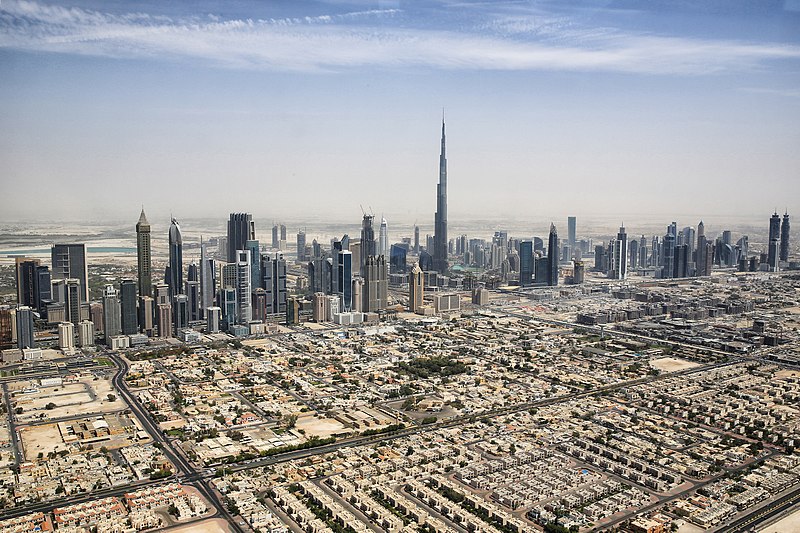 Dubai is very careful to enact legislation that attract foreign investors (this is not the case in San Francisco). investors buying AED 1 million (USD 275k) of real estate can get a 3Y visa. The visa requirement has been eased recently as one could buy 4 studio to reach the 1mln amount. 5Y and 10Y visas are available for high skills professionals, but it would appear that Dubai does not give permanent residence.

What counts towards the visa is the purchase price, not the value. The title needs to be in your name (no Islamic mortgage), no sale on plan.

After the GFC, some tenants had their rent increased very quickly. The government stepped in and limited the rental increase to a property index.

The rental contract is now very asymmetric, landlord is allowed to not renew a lease if he sells. But he must sell the flat within 12 months.

A summary can be found here.

This is a form of rent control which means that property rent cannot follow price increase.

Mortgage rates appear to be pegged to the USD, and LTV is limited to 50% for a non-resident. It appears that Islamic mortgages are also available, but they are not cheaper, and the bank keeps the title of the property.

Volatile Market and the 2015 Divergence from the US

However, the market constantly gets construction pushing prices down. We see prices rising in 2008, going down with the GFC until 2011, and going back up till 2015:

While there are countless buildings sold on plan. These tend to deliver late, and Olivier Seban after getting burnt advises to buy on the secondary market.

The price index for International City, the highest yielding development by Nakheel is only available since 2016:

A guide to international city can be found here. According to Bayut, the most popular clusters at the time are Phase 2, Spain, England and Greece. The criteria used for this are not clear.

In practice, we see that studio prices have gone from AED390k in 2014 to AED350 in 2017 to AED240 recently. more interestingly, the annual rental yield has repriced from 35k to 22k per year over the same time.

International City prices did not fall that much between 2014 and 2017 when the rest of the market was tanking, but the prices eventually caught up.

What seems to be happening is that the constant construction boom makes new more attractive units available which have a high vacancy. For this reason, the rental prices have gone down and prices in International City, which is more of an investor's market have tracked rental prices to keep yield constant.

Narrative: who writes about real estate?

Just before rents and prices cratering, Internet articles written in 2017 were mentioning that next year, prices might go up (so that it would be advisable to buy in the next six months), or that with the Dubai expo 2020 coming, the prices will definitely appreciate.

Real estate professional write a lot about Dubai real estate. They make most money when they sell flats on plan or else when they sell a flat. Saying something negative about short term prospects of Dubai would be akin to them saying that they don't want to make any income in the next six to twelve months.

Rather than an investment or a lifestyle choice, this looks like a 0 tax jurisdiction residency deal.

International City does not have metro access. The only transportation are buses and cars. It is 30 minutes away from the sea, so that would qualify it as being in the middle of nowhere. For this reason, the demand will be lower than for prized locations.

It would appear that a very strong repricing of rents in International City. Rents below 30k are highly affordable as 75% of Dubai population earns more then 10k per month. The median salary in Dubai is 18k per month, which would put the affordable rent at 72k.

Prices have fallen a lot in Dubai in the last 2 years. I would advise monitoring these prices to see when they are picking up a new multi-year trend.