Evergrande (3333.HK), the second biggest property developer in China is now unable to raise cash. Bloomberg in September mentions USD300b total debt. According to Yahoo Finance, there was in 2020 CNY 2.3t asset, 2t liabilities. We look into why the market got there, and some anecdotal footage that points to differences between the China and Western markets. 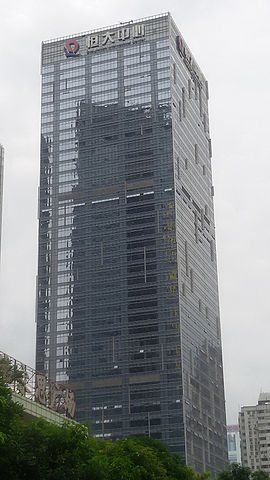 Property development in China is characterized by big margins -- It used to be 40% 10 years ago but came down to 20% or less -- and very long cash conversion cycles: you need to deliver the finished tower complex to get the full cash.

With a 40% margin, it does not matter so much whether a company pays 4% or 12%on its debt, what matters is growth and size. The developers that grew fastest were the ones that were the most aggressive borrowing. The landscape for large property development companies in China is one where corporations leverage themselves to such a level as to be viewed as a sub-investment grade by rating agencies.

Country Garden and Evergrande and two subinvestment grade property development behemoths, and Evergrande has been known for years for using accounting tricks such as accounting for perpetual debt as equity to report lower leverage than what conservative accountants would do.

While we covered previous episodes where the whole property developer bond market collapsed in 2018, the best subinvestment grade bonds tightened from 10% to 5.5% again, while Evergrande continued to have to offer a 10%-14% return to investors, which is dangerously close to its margin in the 15%-25% range.

This summer, there have been more and more rumors about lawsuits being filed against Evergrande in China, and of Evergrande hiring restructuring specialists.

These handsome men make the video entertaining, using the footage to point to cultural difference:

They even have an update on Evergrande:

They make the following points:

While they cruise through China and keep discussing the China debt apocalypse like perma-bears, i sense a bit of Shadenfreude from their commentary. Interestingly, they use stock footage from their 2018 trip rather than 2021 footage now.

There are a few judgments against the Chinese as being nouveaux-riches unable to spend it with flair (The same argument was made by Europeans about the US rich), about people not taking care of the things they own (letting bicycles rust rather than maintain them, or not changing the engine oil in a car) and beating dogs before killing them. Their coverage of China is mostly negative despite them being allegedly married to Chinese wives.

Evergrande has grown to be very large because of its management audacity in obtaining leverage. The situation has reached systemic proportions: bailing them out would cause moral hazard but not bailing them out could cause contagion.

It is not clear yet what course of action will be taken to resolve the crisis. Evergrande is late on paying its bond cashflow. The management and other stakeholders have 30 days counting from Oct 23 to come up with an action plan..